Live for the day which is misrepresented with people using the latin phrase carpe diem.  I would like to suggest a better phrase; Live like your future depends on it.  Living for the day suggests living carefree, as if there were no tomorrow and more importantly nothing beyond tomorrow.  When I did I Google search for ‘Live for the day’ the third result heading was ’50 Quotes To Help You Live Like You Were Dying’. 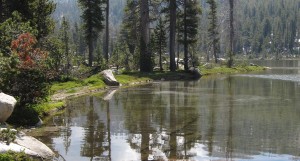 Lots of people die everyday, a lot more live and some are in between.  There has been a preoccupation for millions of people with social media and social networking.  It has been described in a couple articles about the pitfalls of these platforms that people use to expose their lives through sound bites and suggestive imagery.  They seem to more interested in displaying themselves and portraying a certain lifestyle rather than taking the steps to plan to actually realize what it takes to plan the life they seem to idolize.  To further people’s false perception are reality TV shows like the Kardashians and The House Wives of [fill in large city/county].  These people are either wealthy or has-been wealthy and they are depicted as people who have plenty of time to be filmed for months of their lives.  Since these shows are heavily edited and there are scenarios given to the ‘cast members’ they pull off getting people to believe for a second that their lifestyle didn’t take much work.  It is sold as some one else’s real life.  Even though people are told they aren’t as reality as their genre suggests these ‘cast members’ have fans as if they are performers of some great feat.

One of the best quotes I ever heard is; ‘We have not inherited the Earth from our parents. We are borrowing it from our children’.  It seems to have first been used in the 1970s in various ways throughout that decade and I don’t see a clear point of origination.  It is typically used in arguments started by environmentalists.  I understand it that way; as well as a more personal affect I am having on my existence.  I don’t mean to solely live for my kids since I have some time to spend on this planet as well.  I would also like to leave behind things that are more significant than recycled catch phrases and provocative imagery that have no significance to my life or meaning.